Five Virtues of the Sacred Lotus 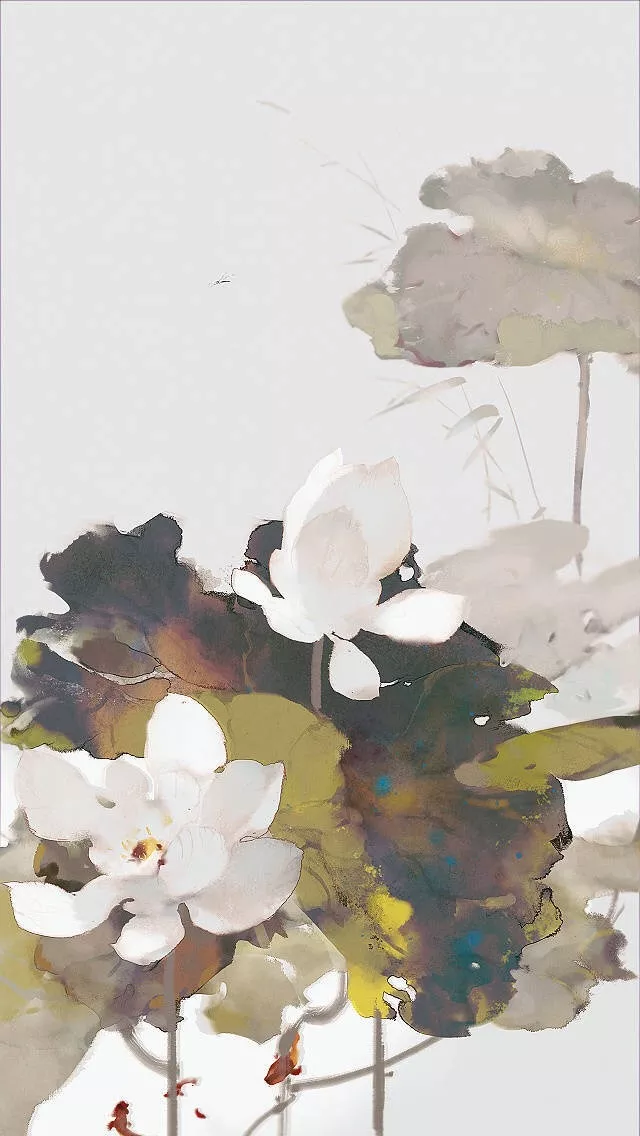 There is an intimate relationship between the lotus and Buddhism. In Buddhist scriptures, the flowering lotus exemplifies the Buddha; it is thus a symbol of Buddhism. Notably, Pure Land Buddhism is known as the Lotus School, and the Land of Ultimate Bliss as the World of Lotus. Amitabha Buddha and the purified, teeming seas of Bodhisattvas also travel on lotus flowers.  When a Buddha-reciter voices or thinks of the Buddha-name in the saha world, a lotus will appear in the Lotus Lake of the Land of Bliss. Says Master Fazhao:

When a person in this world recites the Buddha’s name,
A lotus will be born and blossom in the lake of Pure Land.
As long as that flower does not wilt during his lifetime,
It will come to this world to receive the reciter.

The lotus flower also epitomizes a true Buddha reciter. As stated in the Contemplation of Infinite life Sutra,

Should someone intone the Buddha’s name,
You should know that he is like a White Lotus amongst people.

Why does the Buddha not use other flowers as a metaphor for Buddha reciters? Because the lotus uniquely possesses five characteristics, called the Five Virtues of Lotus:

1.Undefiled by Muck and Mire
2.One Stem One Flower
3.Simultaneous Blossoming and Bearing fruits
4.One Flower, Many Fruits
5.Straight Outside, Hollow Inside

The faith in the deliverance of Amitabha Buddha blossoms forth in the hearts and minds of iniquitous mortals. The Vimalakirti Sutra reads:

The highlands do not produce lotuses,
But the deep waters of backwater sloughs do.

Lotuses do not grow in highlands but in the humble swamps. The highlands symbolize good and sanctified people who cultivate merits and virtues while the swamps, the wicked. In his Commentary on the Contemplation of Infinite Life Sutra, Master Shandao uses the metaphor of a narrow white-path between the two rivers of raging waves and burning flames:

The desire of sentient beings for Rebirth (in the Land of Ultimate Bliss)
May be awakened amid their dreadful passions of greed and anger.

Only in those who have suffered abhorrent actions and awakened to the compassionate salvation of Amitabha Buddha will a lotus grow.However, those who are complacent about being an excellent cultivator are not likely to develop true faith in the deliverance of Amitabha Buddha.

The notion of an iniquitous person in Buddhism differs from the narratives of the general public. In the secular world, being wicked means to have violated the law, the social order, and morality, like killers, rapists, robbers, swindlers, or those who dishonor their parents. In Buddhism, a wicked person is one who has realized that his nature is comprised of the three evils of greed, anger, and ignorance; he thus awakens to what Master Shandao says, “I am an iniquitous being, subject to endless rebirth without hope to be free of samsara.” If we misinterpret this to mean criminals without regard to our evil conduct, we will bear the responsibility of unfortunate consequences.

“Undefiled” means not being affected by aggravating karmas. Like the lotus growing unsullied out of lowly bogs, none of our evil karmas can hinder the liberation of the Buddha. And we will be free and reborn in the Land of Ultimate Bliss and attain Buddhahood. All Buddha reciters, though unable to sever the affliction, will gain the fruit of nirvana—as Master Tanluan commented: “attaining nirvana without severing the karmic bond of miseries.” In a parable explaining, “no evil karma can obstruct the path,” Master Shandao remarks: “Oh traveler. Concentrate your mind and come straight forward. I can protect you, and you will not fall into the horrors of the raging flames or the billowing waves.”

On trees like cherries and peaches, each stalk bears many flowers. But the stem of the lotus produces only one. The characteristic of “one stem one flower” is a parable of the deliverance of Amitabha Buddha, being a matter of the individual’s; no one may take their place. Those who have faith in the Buddha will be reborn in his Pure Land and achieve Buddhahood; those who do not will remain in samsara, the endless cycle of birth and death. To walk on the road of life and death is like climbing a steep hill, even father and son cannot help each other but must scale the height themselves.

The Sutra of the Immeasurable Life reads:

People in the mundane world of desire are
Born alone, die alone, depart alone and return alone.
Each receives their karmic consequence,
whether a pleasant or painful state of existence.
They must endure themselves, for no one else can take their place.

As close as the kinship of father and son,
They nevertheless walk different paths;
Even when they meet,
None will shoulder the suffering of the other.

The most distinct feature of the lotus is the simultaneous blossoming and bearing of fruits. Others, like apple and pear trees, bear fruits after the blossom. In this parable, the blossoming signifies faith in the deliverance of the Buddha, as expressed by the phrase “Rejoice in faith” in the Accomplishment of the Eighteenth Vow in the Infinite Life Sutra. And the bearing of fruits signifies the phrase “Immediately gain rebirth and dwell in the stage of non-retrogression”.

Like a room that has been dark for a thousand years, when exposed to light,
It will brighten.
You cannot say that the light cannot immediately dispel the thousand-year darkness!

Besides the simultaneous blossoming and bearing fruit, each lotus bears many lotus seeds, which figuratively conveys the many benefits of Buddha reciters: Once we have developed the faith and accepted his deliverance, we will gain innumerable merits. The Treatise on Rebirth in the Pure Land reads：

Those who contemplate the power of the Buddha’s primal vows,
Will not pass their days in vain but bring about
The vast precious ocean of virtues to be swiftly fulfilled.

Two brief phrases may sum up the benefits of a faithful reciter: non-retrogression in this life and attaining Buddhahood the next. There are numerous other benefits: after becoming Buddhas, we will be able to liberate the sentient beings in the lands of the ten directions.

The inside of a lotus stem is hollow, which may seem fragile, but is stout to support the flower and seeds. The hollow interior is an analogy to affliction-infested Buddha reciters who may seem feeble but are vigorous. So says the proverb,

The teeth seem tough but are vulnerable,
While the tongue seems soft but is resilient.
There are no tongueless folks, only toothless men.

Status, authority, and wealth may be the symbols of power, but also of insecurity, especially when facing death. Even virtuous Buddhist cultivators, if not seeking rebirth in the Land of Bliss, will continue to be bound by the cycle of birth and death. However, to faithful Buddhist reciters, who may lack moral excellence, death is not a fearful but welcome journey to the Land of Bliss. That is another way of symbolizing “strength with the appearance of weakness.”

The stem of a lotus is straight. It symbolizes that Buddha reciters will straighten out their misdemeanors, rectify their three-evil conducts of greed, anger, and ignorance, and be good citizens, like lotuses standing up above the deep waters of backwater swamps.

People are full of vexations, even after they have accepted the liberation of Amitabha Buddha, their greed, anger and ignorance will not go away. But the faithful will soften their hearts and minds, pay special attention to the three evil conducts, mend any inappropriate way of speech and action, and help those who are ready to learn and accept the Buddha’s deliverance. Only by virtuous example, may we prevent others from misunderstanding even slandering Buddhism, and make it easier for them to listen and follow, thus further improve our own conduct.